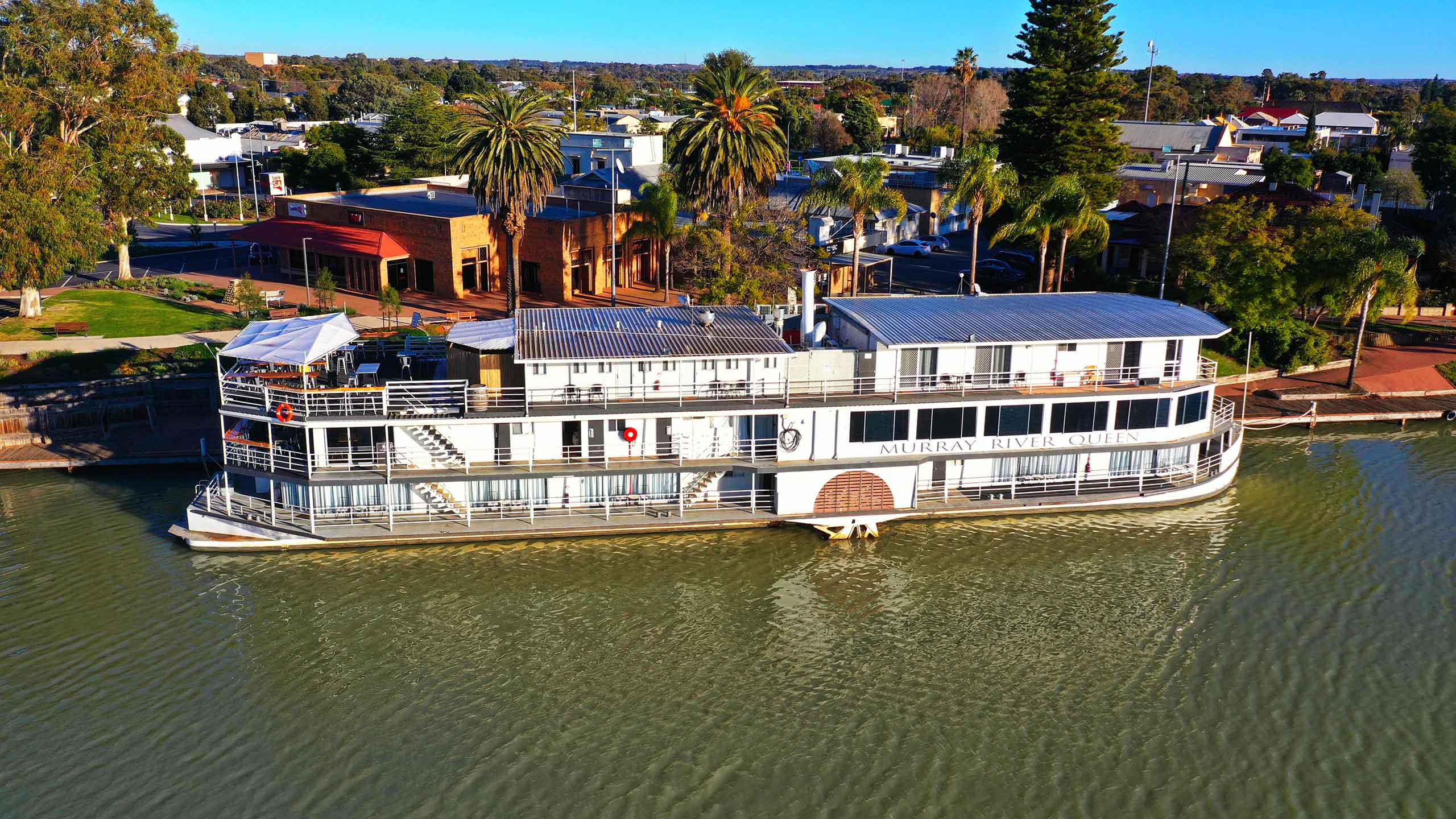 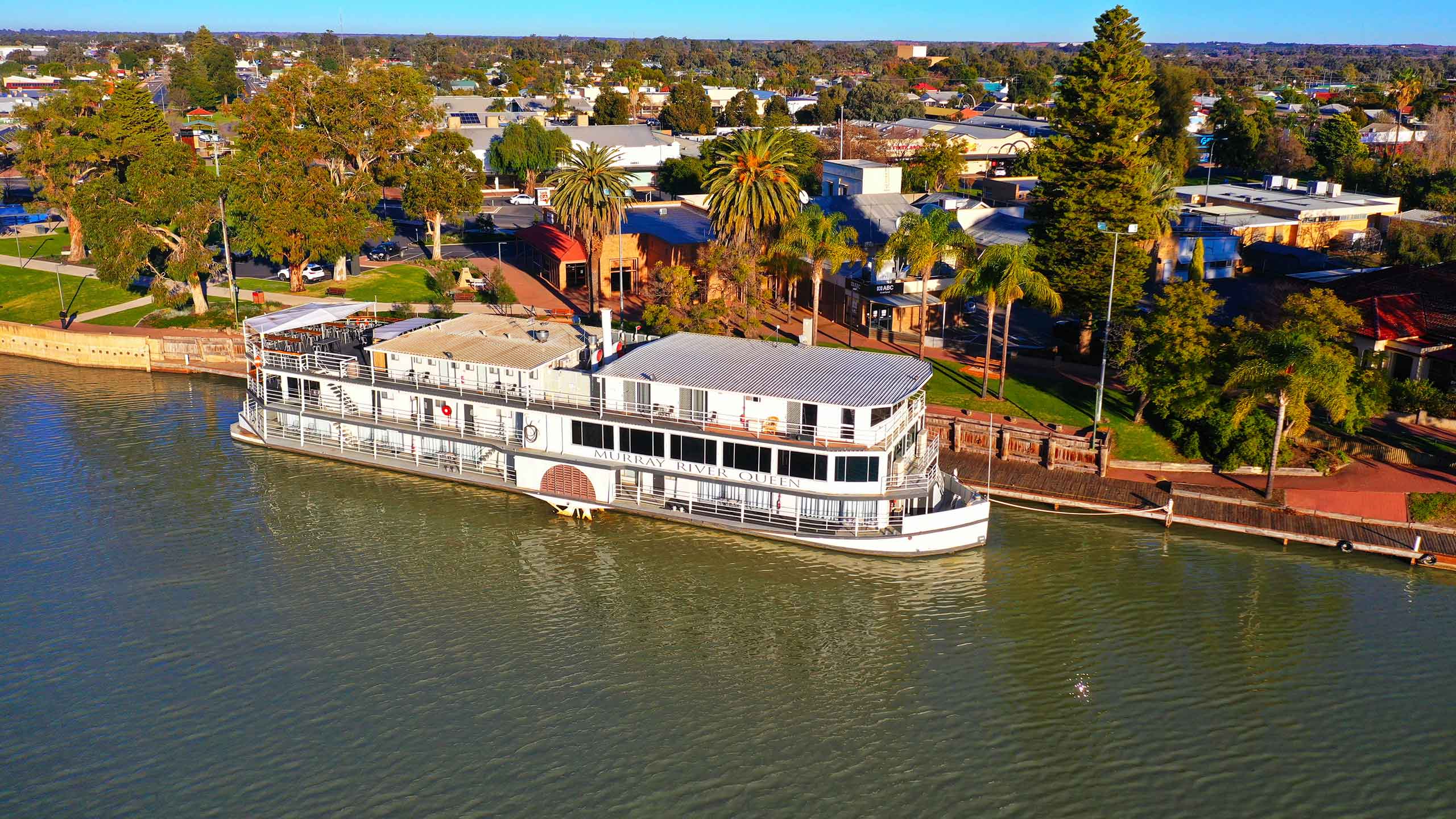 History Of The Murray River Queen

The Murray River Queen was a collaboration between the South Australian Government and the late Captain Keith Veenstra. Keith Veenstra was a Dutch immigrant who came to South Australia in 1951. A former shipwright in the Dutch Navy, Keith had a real passion for designing and building boats.

In 1965 Keith bought the old paddle steamer PS Captain Sturt and the boatyard where it was stored in Goolwa. He set up as a boat builder and paddle boat operator. He built and operated the MV Aroona which was one of the first large paddle steamers capable of cruising with 50 passengers. The Veenstra’s have built some of the largest and most impressive passenger boats in South Australia, including the 67-meter Murray Princess, The Murray River Queen and the MV Islander.

Keith was a true entrepreneur and was instrumental in developing the tourist potential along the River Murray. A dedicated and passionate boat builder, Keith was always looking at ways to design and build bigger and better boats. In 1972, he was approached by Premier at the time to Don Dunstan, to design and build a large luxury paddle boat to help kickstart tourism on the South Australian section of the Murray - this was when the Murray River Queen was born.

The Murray River Queen was featured on a popular TV show hosted by Bill Peach in the 70’s called ‘Peach’s Australia’.  From that moment on passenger numbers soared and she was one of the most popular cruise boats on the river for almost two decades.

A Decade In Retirement

In 1993 the Murray River Queen retired from regular service and spent a short time as a floating hotel in Goolwa.  After this she was moored in a small channel off the Murray River upstream of Mannum and was virtually abandoned and left to go derelict.

In 2003 she was offered a lifeline when a consortium of businesspeople from Waikerie purchased the boat.  Initially, the plan was for her to operate purely as a static hotel and eatery.  However, the lure of taking her cruising again proved to be too strong and she was soon running regular lunch and dinner cruises as well as 4-night cruises along the river.

In 2012 the boat changed hands again and was relocated to Renmark.  Here the boat had a beautiful makeover and re-opened with a Modern Asian restaurant, larger accommodation cabins and Regional Cellar Door.

In late 2020 Donna Neale, a Loxton local and regular visitor to Renmark, noticed that the Murray River Queen seemed to be falling into a state of disrepair.  The once bright and beautiful boat which was a hive of activity for tourists and locals was no longer operating.

The Murray River Queen held many fond memories for Donna. As a regular visitor she had enjoyed many great meals, parties and events on the boat over the years and was gutted to see it boarded up.

Heartbroken, Donna just could not stop thinking about the boat and had to investigate more. Hard times had fallen upon the previous owners and the boat had been taken over by liquidators.  So out of nowhere, and acting purely from the heart, Donna decided she was going to buy the boat and bring it to life again.

Donna became the official owner of the boat in June 2021.  She has lovingly restored all the rooms and it’s now back open for business with fresh modern accommodation and all the amenities you’d expect to find in a quality hotel.

There is a thriving gourmet Café onboard (Kings On Queen) operated by local business owners Name and Name.

Donna’s dream is to get the restaurant and bar fully functioning again and she is in the process of applying for a liquor license.  Great journeys begin with small steps, so watch this space are there’s some great things to come...

Needing some accommodation in the Riverland? Why not try a truly regional experience. Whether it is a weekend getaway, an overnight stop over or business travel, come and enjoy your stay with us on board The Murray River.

Call Donna at the Murray River Queen, feel free to contact us to discuss all your accommodation and function requirements.

Stay in touch with the Murray River Queen, feel free to contact us to discuss all your accommodation and function requirements.